Established in 1979. The first principal was Mr C Breytenbach. The school predominantly 70% White and 30% Black Staff Population. White teachers had a government transport bringing them to school and driving them to their various destinations and black teachers had to find their own way to and from school. Bhukulani was a good and working school since its inception until the late eighties and in the early nineties, the school experienced serious disciplinary problems, especially on the side of the learners instigated by the then political unrest of the country. School vandalized was the norm and with the school on the verge of closure, organisations such as the Parents-Teachers Association (PTA) fought head on rebuilt the school. The PTA and the Southern African Student Volunteers Organization (SASVO) involved the Department of Education and the then MEC (Ms Mary Metcalfe), assisted with painting the school and replacing essential infrastructure namely, doors, window-panes, chalkboards to name a few. Restoring the culture of teaching and learning became a huge task for the old School Management Team and the then Mr L. F Mahloko in 1997, achieving only a 21,5% matric pass rate. 1998 saw the appointment of the current principal, Mr. M. M. Mathe (principal) who cultivated a great teaching methodology which saw the school achieving a whopping 70% matric pass rate. A great turn-around within the same year and it has never looked back. Within the year 1998, vision as well as mission statements were developed and accepted by all stakeholders. Systems that had already collapsed were put in place and Bhukulani began to be "a functional school". Parents began to have confidence in the school and began to bring back their children for teaching and learning purposes. Credit to this breakthrough goes to all members of staff as well as the School Governing Body, working hand-in-hand to restore order and a culture of teaching and learning.

The school was taken over by New Management and Governance and things changed for the better. With a new principal and management team which worked tirelessly to turn things around in 1998. Physical and Social Sciences were introduced for the first time in 1998 to cater for the needs of the community. Learner intake steadily improved with more parents gaining confidence in the school since there was now discipline, which was lacking in the previous management and governance and more importantly, the culture of teaching and learning was visibly and immensely improved. Presently, the school has registered 1425 learners. Presently, the school of these features.... Biology laboratory Science laboratory Computer Laboratory (donated by Gauteng Online, GDE) Extramural activities School choir Debating team Sporting activities are also catered for.... Soccer pitch (not in school premises) Volleyball (not in school premises) Cricket (not in school premises) Tennis court (which needs urgent revamp) Basketball court (which needs urgent revamp) Netball court (which needs urgent revamp) 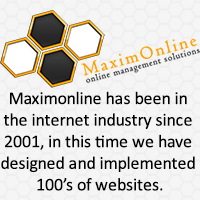 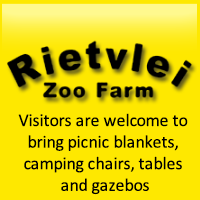